IS IT BRAIN FOG OR SOMETHING MORE?

We’ve all had moments where we have a little lapse in mental memory as we forgot what we were going to say, misplaced our keys, forgot a name or just seemed to feel a bit hazy.  It does happen to the best of us as we blame it on a “senior moment”.

However, it’s no joking matter if you are having frequent bouts of memory loss, having trouble focusing and concentrating, feelings of forgetfulness or even constantly confused or spacey. 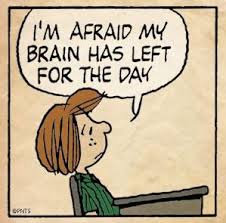 The brain is always “on” as there isn’t an on/off switch as it is constantly processing, sending, sorting and receiving information.  Even while we sleep the brain is busy keeping the blood pumping and circulating lungs breathing, hormones releasing and body in the best of balance.  While we are awake, it’s our very own computer hard drive working diligently to keep muscles moving, processing emotional stimuli,  interpreting our five senses operating as optimally as possible getting the job done….all this requires a significant amount of energy, oxygen and optimal nutrition.

If the body becomes too acidic with an abundant amount of inflammation from the chemicals we breathe in everyday, the processed, packaged, those with preservatives, additives, pesticide ridden and genetically modified foods.  Yes the brain will not function optimally if there’s a lack of efficient nutrients to fuel the body or water to help supply proper mineral balance as well as if food allergies, sensitivities or too much stress 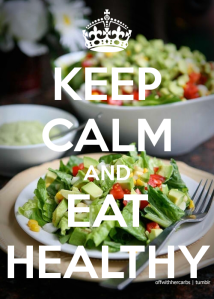 There are many factors that can bring about symptoms of brain fog from the Standard American Diet that eats more out of the box, in the fast food lanes and consuming many food sources which are ridden with antibiotics and hormones.  While we are not a culture that regularly enjoys fermented and omega rich foods to nourish the gut which ultimately enhances our brains optimal potential too.

When the inner ecosystem of our digestive system is depleted of necessary good bacteria or optimal gut flora which enhances nutrient absorption, acts as the first line of defense against pathogens, and help seal it off from inflammation passing into the bloodstream that also crosses over the blood brain barrier causing degeneration.

Stress from all of these imbalances lead to further symptoms occurring in the body as a whole causing it to age more rapidly.  These symptoms show up as hormonal issues, immune imbalances, digestive disturbances, detoxing dilemna’s, environmental  suppression leading to allergies, chemical sensitivities and neurotransmitter inadequacies.

You might have heard the saying “the food you eat can either be the safest most powerful form of medicine or the worst form of poison.”  Our digestive system is the hub of our health and it has been so compromised in this fast paced toxic world that is stressed on so many different levels.

The causes of brain fog or that “out of order” feeling: 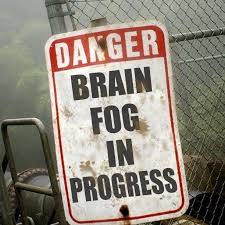 What if you are already experiencing these symptoms of degeneration?  By taking action today you can actually support and enhance those mental muscles so the future will be clear and more concise!

Your body and brain has the ability to heal and be well.   Yes, these mental mindless moments are common, yet it isn’t “normal” and shouldn’t be ignored as just a consequence of growing older.  It’s when we use excuses to neglect prioritizing the little signs before they erupt into larger symptoms of disease and aging less gracefully. 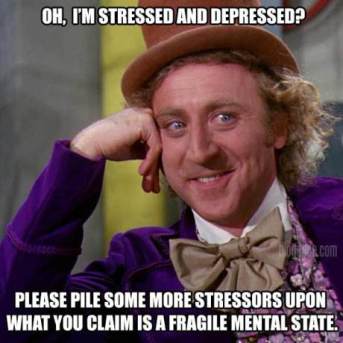 are causing havoc to your body as a whole, hindering your brain then all you need to do is nurture yourself properly, fuel and care for it as if it is the greatest gift you’ve been given.

Stress causes or exacerbates 80-85% of all human illness according to the American Medical Assoication.

This is the key to overcoming and restoring most health issues when knowing that the body’s biochemistry is as intricate as a spider’s web woven from the central digestive system while being connected from the brain to the toes.

There exists scientific evidence that there’s a gut brain axis present which correlates to a direct link between these two crucial systems and how they function optimally or not, when there’s imbalance and too many toxins causing inflammation.  This very real connection between the gut and brain is due to an increased intestinal permeability known as Leaky Gut Syndrome in which waste, bacteria, proteins and fats and other harmful undigested foods cross through the inflamed gut lining and into the bloodstream.  Once these toxic substances hit the bloodstream they can travel anywhere in the body, including joints, organs and very commonly cross the blood brain barrier causing destruction and disruption to the neuron pathways. 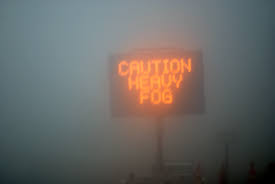 This toxic leakage also challenges our immune system and other types of white blood cells to increase the production of inflammation related chemicals.  Inflammation blocks the metabolic pathways needed for Seretonin which is responsible for mood, behavior and sugar so left untreated it results in added stress, depression, obesity and addictive behaviors such as smoking and drug use.

This inflammatory response is directly responsible for over 120 million plus diagnosed with depression from the combination of a lack of vital nutrients not present in the Standard American Diet or the improper absorption of enough B vitamins and/or healthy fats.  Here’s another relative news flash, 68 million children are diagnosed on the Autistic spectrum with 1 in 18 children having food allergies and 1 in 8 presenting with contact allergies.

A toxic colon will lead to flooding your brain with the same, as many people who experience a “scatteredbrain” feeling , brain fog, anxiety, mood disorders are also prone to constipation, bloating, gas or diarrhea or digestive disturbances.  This more than likely means there’s an imbalance to the inner microbiome of friendly versus the “bad” bacteria that makes up the core constitution of the digestive tract.  Bad bacteria also secrete toxins that enter into the bloodstream that contributes to wreaking havoc in our heads

Knowing Hippocrates had it right with “disease begins in the gut” there’s a number of things including hormonal imbalances, depleted good gut flora, bacterial or yeast overgrowth, food intolerances, toxins, GMO’s and parasite infestations that need to be considered.  Having a functional diagnostic holistic practitioner 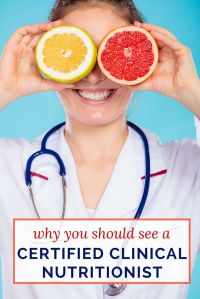 to help identify what’s going on and how to address it naturally, instead of just chasing symptoms or suppressing them further with more medications is the way to go if your head is already spinning with all this mind blowing information. A little pun intended.

It’s been quoted that modern wheat is responsible for destroying more brains in this country than all the strokes, car accidents and head trauma’s combined.  If you want to boost your brain power, keep your memory, lift your mood and energy as well as heal from a host of common complaints that even your doctors can not sometimes diagnosis you must look to the root causes. 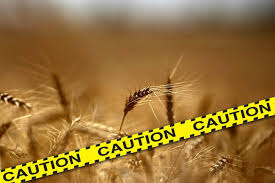 Have you ever heard of Dr. David Perlmutter, who talks about the surprising truth about wheat, carbs and sugar- your brains silent killers in his book Grain Brain.  He states that Zonullin is the cornerstone of diseases characterized by inflammation in the gut.  Gluten in wheat leads to the production of zonullin which is now present in 100 percent of humans. This is a major cause to the gaps in the intestines that opens the tight junctions of the blood brain barrier allowing an excessive amount of neurodegenerative dysfunction.

Most brain impairment is caused by a consumption of gluten, wheat and sugar molecules known as carbohydrates.  A diet high in carbs is related to atrophy not only in the small intestine but deterioration of the brain.  Like in Pooh’s world, your brain isn’t full of fluff, it’s a fatty tissue where toxins can take up a lot of space. 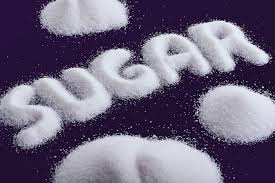 Sugar is one of the worst toxins that triggers addictive tendencies to take over due to the fact it creates an opiate affect releasing the “feel good chemical” dopamine into our bloodstream.

If that’s not all, I have more true BS to sort through so you have a steady and strong head on your shoulders.  The brain certainly likes its balanced supply of its favorite fuel, blood sugar.  It’s similar to the story, Goldie Locks and the Three Bears in which the body doesn’t need too much or too little at any time, but there’s a “just  right” to make the brain content.  When the blood sugar is high it not only can lead to diabesity, damage the brain, but could lead to the development of dementia later in life.  Vice versa when blood sugar levels are too low individuals deal with hypoglycemic effects like brain fog, headaches, nausea, irritability, constant hunger pangs and fatigue are a few symptoms.

Let thy food and water by thy medicine as real whole foods nourish our cells sending vital information to the brain for optimal  cellular health. 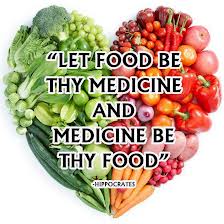 It’s the malfunctioning of cells from the exposure of toxins to the lack of nutrients together that weaken the Immune System.  Dr. Greg Wilson, PhD said it best…”our health is directly influenced by our Immune System.”  The medical experts from The Journal of the American Medical Association have summed it up wellness as “in the coming decades, the most important determinant of health and longevity will be the personal choices made by each individual.”

However, many people have allergies, sensitivities, and intolerances to certain otherwise healthy foods which because of a crippled immune system the body perceives these food substances as a threat and the body goes on the attack.  This results in an increase in antibodies and inflammation which leads to a variety of symptoms including digestive distress, hormonal issues, fatigue, skin problems and yes an “out of order brain”. 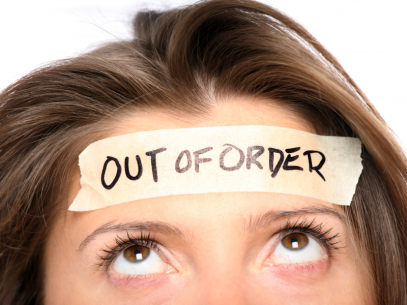 I am passionate about prevention and nutrition and as a Holistic Practitioner and Lifestyle Coach I have tools that support individuals on creating more balance, self care and the know how to ideally improve one's health & happiness. I believe in "Let thy food and water be thy medicine" so educating and empowering others in eating real nutrient dense foods is how I help motivate others. Although holistically it takes a bite more than "we are what we eat" to attain healthy prosperity. True health can be compromised in the fast paced, highly stressed and toxic society we live. Nourishing harmony also involves how we value ourselves, our relationships, careers, how we handle stress, honor physical activity, our spirituality and gratitude we embrace in our lives. I welcome you and thank you for being present today in my wellness world.
View all posts by Lisa D~ →
This entry was posted in Uncategorized. Bookmark the permalink.